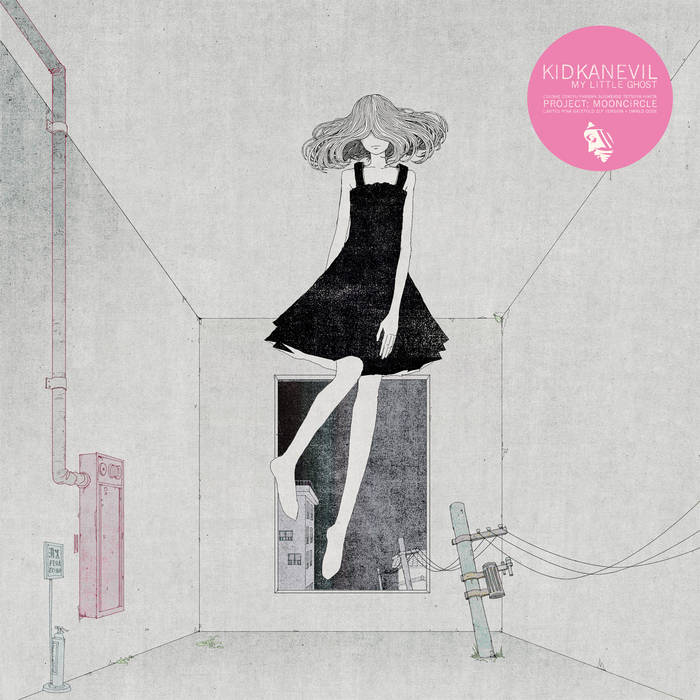 LVGHSTmusic contemplative aesthetic music, perfect when you feel like thinking about the nothing and the everything Favorite track: OG San.

A bright and colourful scenery: Shrill blinding sights, piercing foreign sounds, a fusion of disparate scents blended into a cocktail of curiosity. Fleeting attempts embrace a thousand senses in one single second. Bustling around in the shadows of buildings as high as mountains, an almost eerily overwhelming sense of contentment is omnipresent – but something doesn’t appear to be right…

Stranded on a lonely island in the midst of a chaotic metropolis, disconnected – a feeling of drowning in an ocean of overstimulus and importunities of disproportionately inflated personalities, without ever even being registered or taken notice of.

What’s left is nothing more than the ghost of a young soul, wandering about and curiously studying the surrounding, forever looking for answers that would otherwise seem trivial.
After “Kidsuke” the critically acclaimed collaboration project with Daisuke Tanabe, “Tokyorkshire” based producer kidkanevil continues his fascination with Japan and readies his latest solo album My Little Ghost. Inspired by a summer spent in Tokyo collaborating, exploring and generally refusing to grow up, the double vinyl is due May 2nd on Project: Mooncircle and features a wide range of guests including PMC’s own submerse and Tokyo vocalist Cuushe.

‘My Little Ghost’ comes out worldwide on limited gatefold, double, pink vinyl (including download code) as well as a limited edition CD including a bonus track via flau records (flau.jp/releases/40.html) in Japan.