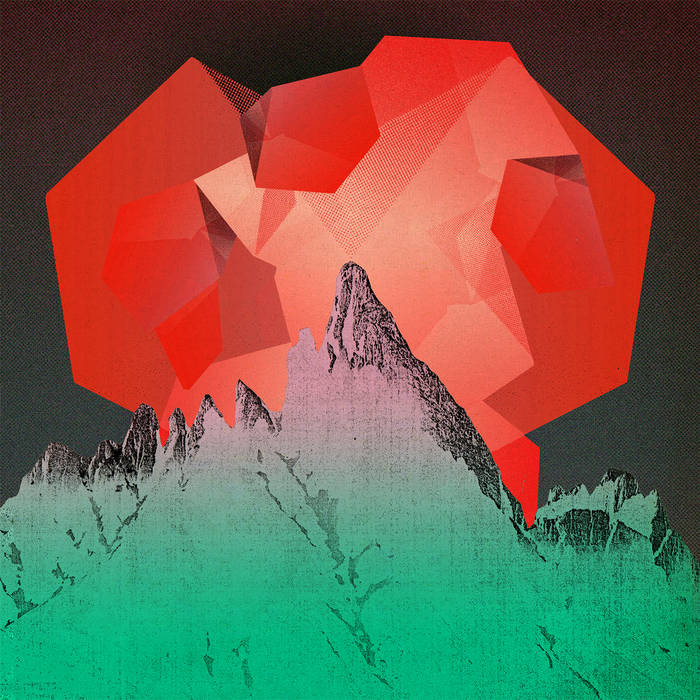 Pyramids. Jagged teeth pushing through immaculate skies. The ever-changing light. The expansive sense of freedom. The wide open spaces. The textured landscape seen from above. Mountains. Watchful and immobile for thousands of years, weathering seasons, transcending change.
It's December 2016. I've left the London madness to hit the reset button and compose new music in a tiny village in the Swiss Alps. I'm over 10,000 feet high, it's minus 15 degrees and the snow is scintillating under a rich blue sky. I turn around and suddenly this gigantic pyramid-shaped peak is towering over me, staring me in the face. Mind blown. Senses overwhelmed. Perspective. Lightbulb moment. I have my album concept.
I wanted to put into sound my cathartic experiences of the mountains. Every track title was chosen before composing. The title would be a catalyst for visual memories, narrative and overall vibes. I continued developing the tracks on occasional trips to Switzerland, but mainly back in the gritty habitat of London's Hackney Wick. The urban-nature contrast had an impact on the music too.
I use a lot of found sound, stuff I have collected over the years, and a lot of resampled guitar sounds and textures. I love imperfections in sound. Detuned synths. Distortions and glitches. Rhythmic flutters and percussive frenzy. 'Manual' cut-ups. I love moving to house and disco and getting lost in the more melodic side of techno. I love polyrhythms and melodic counterpoints. I love the energy and rawness of a live rock band. I channel all this to create my own sonic palette.