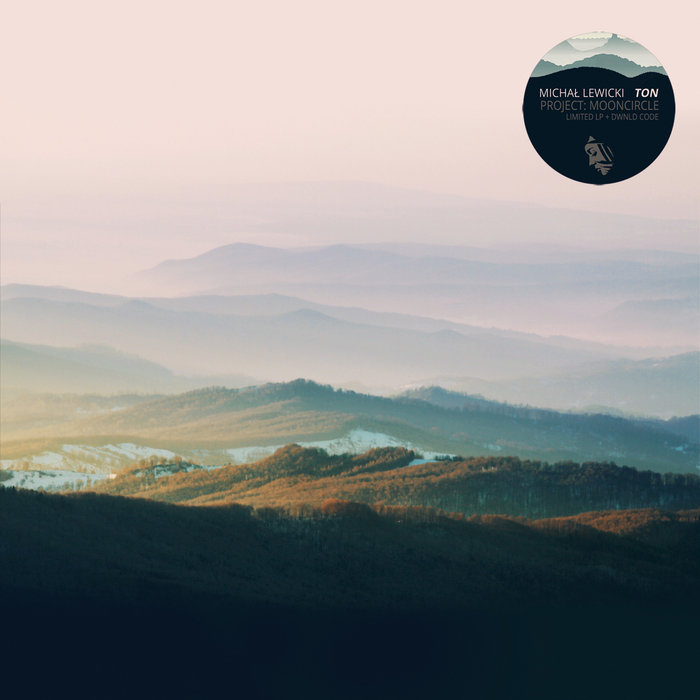 Nathan wonderful album. truly deserves to be listened to and heard all the way through. Favorite track: One.

Jeff Grindley The fact that this album reads like a love letter from a machine gets me. Favorite track: Tst.

Immensely inspired by the beautiful simplicity embodied by the laws of nature, especially the number Pi and the notion of the golden ratio, Michał Lewicki has always been searching for new ways to implement mathematics into his music. But aiming for the perfect proportions while making the music feel natural and complex at the same time has been no easy feat. In the creation of “Ton” he applied a very technical approach, utilizing various random midi generators, midi delays, polyrhythms, pitch shifters, scales and more in order to create something that posseses a live on its own, bringing him as close as possible to a naturally occurring chaos we can find in the surrounding nature every day.

“One of the basic rules of aesthetics – man’s senses enjoy objects that are properly proportioned. He referred to the direct relationship between beauty and mathematics, which is often measurable and can be found in nature.” – R. Fisher on philosopher St. Thomas Aquinas

After painstakingly accurate and detailed editing of these generators, they would create something unique and different upon every single run. The result are unique non-recurring snapshots as foundation for most tracks, a quasi-mathematical experiment in audio-randomization. Now Michal really started his work, creating arrangements and progressions based on the simple sines and natural convolution, giving the track dynamics, adding layers of synths and instrumentation.

‘Ton’ comes out worldwide on limited vinyl (including download code).