from Harpy Lights The Canopy by Jahbitat 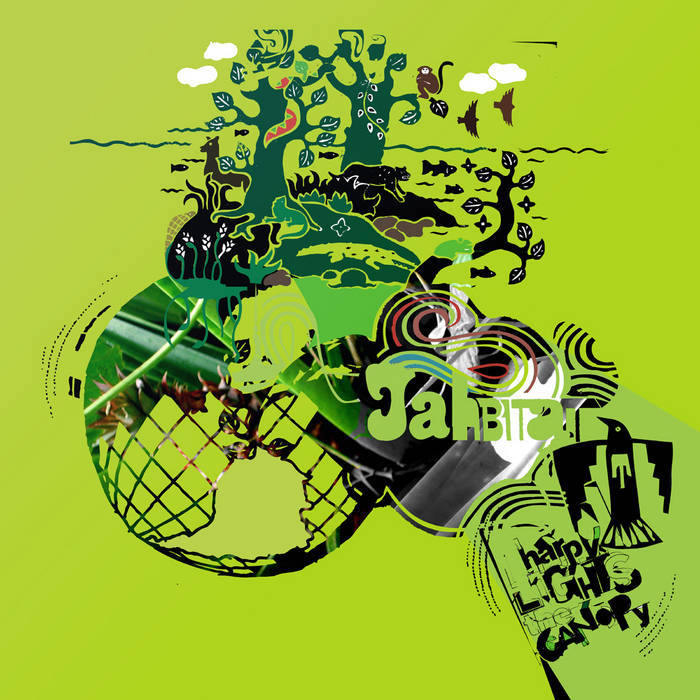 Jahbitat is the audio project of Simon Williams, who moved around Latin America as a young child but eventually ended up growing up in the valley located on the Venezuelan coastal range. This massive urban jungle known as Caracas, is surrounded by every aspect of nature (sky, mountain, jungle, ocean, etc..) and creatures both big and small. This fusion of man-made technology meets complete wildlife is what can be found at the core of the Jahbitat electronic yet highly organic sounds. Guitar drones, syncopated drums and sometimes even vocals accompany an arrange of tones that get trapped in an electronic forest of knobs, effects and machines. Simon’s has now transplanted his melodic sound and abstract beats into his surroundings of Barcelona. Jahbitat has been performing around Europe at festival circa for several years and linked up with Miami’s Beta Bodega Coalition/Botanica del Jibaro & Project: Mooncircle for a series of shows in 2003, which finally resulted in a selection of songs which mesh the past, present and future for his debut release. Some may have heard the self released cd-r entitled “Tonadas” back in 2004, which made the rounds at the Sonar festival. An artist and friend of Arepaz and Project Mooncircle, we now proudly present Harpy Lights the Canopy. A release inspired by the largest eagle in South America, the Harpy, which is not only majestic as Jahibtat’s melodies but also a known predator which infectious beats that thump and you can’t escape from.